I can't remember exactly when I first caught wind of the new lawsuit by Seattle cops, that, as I understand it, argues that their new use-of-force policy is too restrictive, because it--get this--runs afoul of the Second Amendment.  (Apparently they also says it violates their "rights" in re the Fourth, Fifth, and Fourteenth Amendments as well.)

I know, you threw up a little in your mouth too, at that.

What I do remember, having seen that blurb, is an instantaneous thought:  I wonder how long it will be before Grigg is on that story?

Answer:  not long at all.

He starts it with an image that would make Oleg proud: 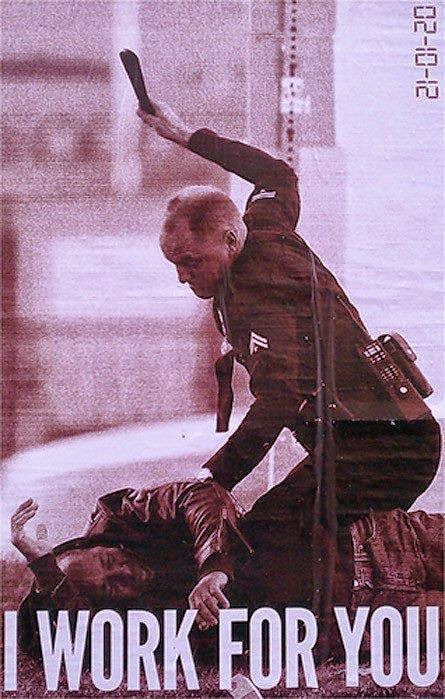 And then, as usual, he just nails it, culminating with the following:

Most people believe that the purpose of the Bill of Rights is to protect citizens against abuses of their rights by government officials. The incurably self-preoccupied people behind the Seattle police lawsuit apparently believe that the Bill of Rights exists to emancipate law enforcement officers from restrictions on the use of lethal force, and immunize them against legal, civil, and professional accountability when they kill people without legal justification.


As always, worth the RTWT.

The only thing I'd add to any of this is that the ethics are actually pretty damn clear here.  As private citizens, acting in the capacity of private citizens, even cops should enjoy the protections of the US Second Amendment.  (And, of course, like the rest of us, be held accountable for their actions.)  But when they put on the badge, and become agents of the state, they lose those protections completely.  They like to say they are "held to a higher standard" than we are, which is precisely the way things should be, but aren't.  The "higher standard" is that in order to protect us from them, they have to give up their rights as free people.  To paraphrase L. Neil Smith, each and every one of them should be absolutely terrified of violating the rights of even one of the mass of human beings that they "work for"--lest they be run out on a rail by the entire town...

Posted by Kevin Wilmeth at 1:02 PM

Labels: Grigg, Heresy, History of the Future, Liberty, Resistance, Wish I'd Said That

Oh, that is just so old fashioned, and time consuming. I'd suggest they be put out the nearest airlock, by whomever happens to be in the vicinity to witness the aggression. Failing the availability of airlocks, there are a good number of alternates that would simply have to be decided on at the moment, depending on the circumstances.
:)