Dang it, I had been enjoying some success stepping back from Facebook, and I should probably clamp down on myself again.  In and among the current blood-dancing (the recent Isla Vista disaster, this time), we have this tiresome Bore-owitz Boor-owitz Borowitz fellow, who gets shared by about half my Facebook stream every time he offers such... modern pithy wit as this:

I suppose I should be fair.  The above is, in fact, a slightly more sophisticated brand of sanctimonious demagoguery than all the simple dick jokes. 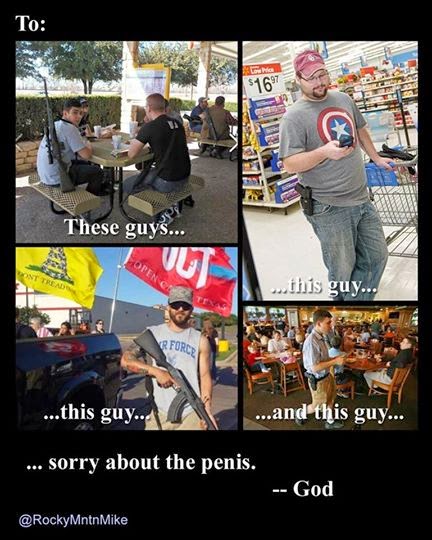 But this one, I admit, got me today: 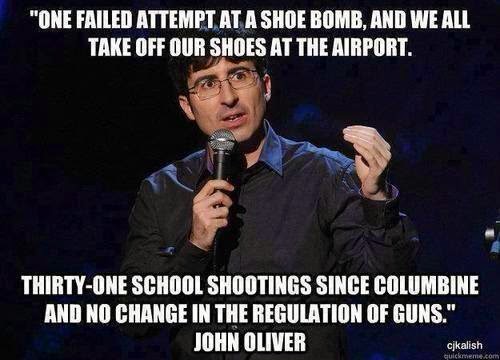 Personal weakness, plain and simple.  (One can only absorb so much stoopid before it just flows over, I guess.)  I just couldn't let it go:

This is what now passes for wit? Really?
I don't think this sort of thing even qualifies for simple "Gell-Mann Amnesia effect" any more. The crusade of the True Believer requires a more... active commitment to his ignorance than that.
I suspect that Mr. Clever Man here would not particularly appreciate having his words used against him, but in at least one respect he is precisely accurate. All these school shootings--each and every single one in a posted "gun-free zone"...

And of course there's the tacit admission that he's just peachy-fine with the TSA/DHS approach to public safety, so long as he gets to designate the Kulaks.  (A nice stylistic touch, really.)

It's a good thing he's such a decent, upstanding, ...what's the word?  Oh, yeah:  politically reliable person.  I'm sure it helps him sleep at night.  (You know, since he's not doing anything wrong...)