Notes from the Fun Shop at Wild West.

Spent the last couple days in Anchorage at a conference, and while up there got a chance to stop in at Wild West Guns.  I'm hopeful that this can become my "local" go-to shop for 'smithy work and specialty items;  today's visit was a productive one.

I admit I do still love the idea of the Co-Pilot takedown rifle, although I've little need for one, having built up my own Marlin long before I learned of Jim West's variation on the theme.  The takedown feature would be really nice, but the rest of the concept is still simply outstanding.  (I am not aware of any combination that combines true kerflättenböomer power with such a compact, ergonomic, and pleasant-to-shoot platform as the short-barrelled .45/70 Marlin with ghost-ring sights.)  Still, there's just something about handling one of the WWG guns...and so of course I had to do that.  :-)

But the real treat was getting to meet a Blaser R8 for the first time.  For years I'd read Jeff Cooper fawn over the R93, and when I first saw one I remember being suitably impressed myself.  That was a long time ago, and I've learned a great deal since then--and the R8 is an update on the R93.  Today I noticed the Blaser a bit by accident;  the counter-jockeyette was trying to help a left-handed customer with a left-handed rifle, and after fumbling a bit she wondered aloud if it was "one of those 'pull-straight-back'" bolts.  Having heard that, I took a look and noticed it was a Blaser, said "Ooh, yes it is" with confidence, and he was on his way.  Turns out there was a right-handed R8 in .375 H&H on the rack as well, and I got to see with my own hands.

It's not just that it's beautifully crafted and commensurately expensive.  I have seen plenty of $3000+ rifles that did not impress me at all.  Yes, the Blaser is one of those "fine German craftsmanship" experiences in general, but what really compels about the R8 (and the R93 before it) is the design.  The straight-pull bolt is an absolute sensual joy to run at speed, and the trigger is simply otherworldly.  (The trigger design is very unusual in that there is no sear;  you have to feel it to believe it, right out of the box.)  On these two features alone, I'm not sure the R8 has an equal anywhere, and for a non-fighting rifle (I'm thinking general hunting here) it's arguably the pinnacle of the art.

It's not perfect, though.  Magazines are not only low in capacity (three for magnum case heads and four for standards), but they cannot effectively be extended or modified, either--or even replaced.  What the R8 does to improve on the R93 is that it makes the entire fire-control system quickly removeable--which is great in one way, but it highlights the fact that the trigger group and magazine are bound together.  I don't imagine that people are going to carry spare magazine/trigger groups for "a magazine change" in the way I understand that concept.  Sure, being able to pop out the trigger group/magazine will make it easier to load and unload the magazine, but it still seems like a step backwards from the detachable box magazine system that works so well in other designs.  (The R93, by contrast, has a fixed trigger group and a fixed, "blind" magazine--so the R8 truly is an improvement.)

Extraction and ejection are both my least-favorite possible designs--plunger ejection and a sliding plate, push-feed extractor.  It's not that I've heard of failures in Blasers, but 100+ years of history still suggests that controlled-feed, claw extractors and inertial ejection are simply more robust in heavy use.  Maybe I'm just looking for nits to pick;  recall that even the Steyr Scout uses a plunger ejector and push-feed.  (Still...if the Blaser straight-pull action could be wedded to a traditional detachable magazine box, and somehow use controlled-feed and inertial ejection...well, one could argue we'd have the perfect rifle action.  Yeah, I do think about these things.  :-)

Anyway, I was tickled nearly witless to run across it, and confirm again just how awesome the trigger and bolt-flick really are.  In his last years, Jeff Cooper loved to write that the three most significant pinnacles of rifle design of the 20th Century were the Steyr Scout, the Wild West Co-Pilot takedown, and the R93 Blaser.

I understand.  I get it.  And I can hardly disagree.

Also, while on the way into town, the fam stopped in at the new Cabela's, and I got to meet an item I hadn't seen before there, as well.  However, in general, the store struck me as having a more impressive appearance than content choice;  at least in the gun section, it looked like there was a great deal more on the shelves than there actually was when I started looking closely.  As well, the phenomenon of having lots of stock of what are presumably the most popular models was noticeable, which contributed to the sense of not having nearly as much variety as I would have expected.  (By contrast, the Sportsman's Warehouses in ANC and in Soldotna seem to have conspicuously more choices to look at.  Interesting.)

Anyway, I can now say that I have met a Walther PPS firearm...and frankly, at least based on one  sample, I was not as impressed with it as I wanted to be.  (I was hoping, from the simple spring-piston Airsoft iteration that I actually quite like, that I might find the firearm to be friendly.)  The trigger was meh, the weight seemed distributed a bit awkwardly, the magazine release did not seem accessible, and the grip on the slide seemed more slippery than ergonomic.  I'll look at a few more iterations of course before cementing the opinion, but with others in this space like the Kahr, the Shield, the XD-S and the Kimber Solo, I don't think one has to compromise to this degree.  Bummer;  I was hoping to be more positive about another contender in this space.

More positive was having my 6yo with me, and taking another look at a Browning 1911-22 in her growing hand.  She's so close to there...and with the "Black Label" trim available--including with pink accents--I'm convinced this is the learning gun I want to go with.


With the 'smithy at Wild West explicitly confident that a trigger job is possible, it's now just a matter of affording the piece and that critical mod, a few magazines, and basic leather.  And, of course, acquiring .22LR, which is hardly a trivial matter.

Still, these are just problems to be solved.

Posted by Kevin Wilmeth at 1:00 AM No comments:

When Joel 'pos[es] as a really smart person'...

...something worth reading is often seen to follow.  It's a curiously reliable phenomenon.

And so here he vamps on the Sisyphean futility of "solving" "the police problem" by...policing the police.  My paraphrase:  it's a great idea and all in concept, but in the end, it seems about as likely to produce its advertised result as this: 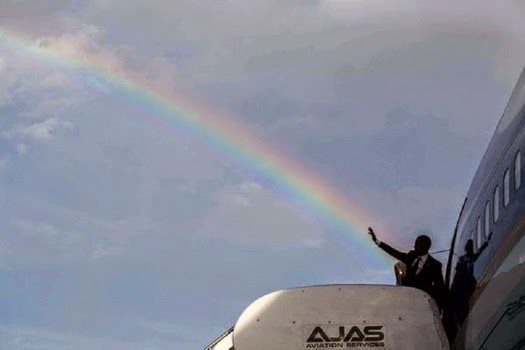 Anyone who says religion is dead clearly does not understand the meaning of the word.

I'm with you, Joel--if people continue to insist that we must have enforcers (thereby conflating the abuse of power with the power to abuse), let's by all means hamstring them with everything possible, including body cameras, duct tape and ideally a legion of crusading Serpicos.

Just don't expect that any replacement mirage of Unicorn Ass, in the above image, is going to materially change the fantasy.
Posted by Kevin Wilmeth at 12:01 PM No comments:

Did I need another reason to despise F-Troop?

But then again, like any other thug, they're not exactly known for asking, are they?  They just do what they do.

And now they're doing it to Gunsmoke.

You know, the Gunsmoke that still has my completed 03 Springfield and repaired 4" 1911.  Oh, swell.

Kinda reminds me of this, somehow:

I've fulfilled a lot of people's predictions about me.  I've become a real scumbag.


F-troop.  Making the Danny Vermins of the world look positively honorable since...why, since July 1, 1972.
Posted by Kevin Wilmeth at 2:16 PM No comments:

Go immediately to the front of the line of Wish I'd Said That, and find Welcome to the Arena in the Clouds, by one Max Borders at the Foundation for Economic Education.

It is a subject that is usually done so very badly - the "argument in the clouds" idea is usually delivered as a sneering epithet - but this didn't have that feel at all, at least to me.  Somehow it had more of the feel that I have myself:  that of having firmly been, at one time or another, every character in the story.  I swear, as I was reading along I started to root for the little inline jabs to "Do me!  Please, do me!", and dang if they didn't!

Sweet.  I deserved every one of them.

I found the whole thing endearing, but have to call out a favorite insight in particular:

“I just wanted to congratulate each of you on how much bigger your teams have gotten.” It occurred to her that with most memories from childhood, things seem smaller when one returns as an adult. She felt a bit disoriented, as if she’d ingested Alice’s “drink me” potion.


I could chew on that all day.

Bookmarked here, so that I can explain to others a little better why principles are (and have always been, even if I didn't realize it) more important to me than purity.  I know I've never done it that well, myself!

At least call her what she was.

So it appears that Sarah Brady has now succumbed to pneumonia.

Doesn't make me happy--I don't even wish my worst enemies to be dead--but I'm not going to manufacture something just to try and say something nice, either.  The woman was not nice.  She was devoted to forcing pointless prior restraint upon millions who had not harmed anyone before and will never harm anyone in their entire lives no matter what laws there are, and she was not above resorting to shenanigans to cram it all down our throats whether anyone wanted it or not.  If saying this makes me callous and insensitive, then so be it:  it does not make it wrong.

And let's be perfectly clear about this:  she was never an "Anti-violence activist".  She had absolutely no problem with using violence and the threat of violence to impose her political will upon an entire nation's worth of people.

What she was, was a gun control activist, from the moment she decided to seize that path from the coattails of her own tragic celebrity, and impose her self-arrogated benevolence right down the gullet of us all, using the political system as her own personal heavy.  She and others may have tried, desperately and repeatedly, to re-invent themselves with less toxic names and higher-sounding purposes in the wake of their own failures to fool enough of the people enough of the time, but their relentless assault on the basic human rights of the entire peasantry continues to this day, and nobody who is even dimly aware is fooled by the cute word-games.  (Not to say that there are not still plenty who are dimmer than that.)

Call her what she was, not what she herself or sycophantic others may have fancied her as.  She was the pre-eminent gun control activist of her day, and thus a champion of deceit, manipulation and an utter disregard for a basic human right.

Sorry.  Ain't gonna miss that.  You can't spend your life hocking a greenie down the throats of peaceable people you've never even met, and expect them to thank you for it.